With a mix of experienced and novice boaters, the waters are not as uniform as the roads. There are no traffic lights, and though you need a boating license and a training course, there are no strict requirements on boating etiquette.

New boaters may behave in a way that ruins the waters for others, and they may not realize it. If you've recently purchase your first boat, or are hitting the waters for the first time, it's a good idea to brush up on the unspoken protocol for manners and behavior while on the water.

We'll help you hit the waters without being "that person", and we'll do it with a big shout out to David Letterman- in a traditional, sarcastic top ten style. 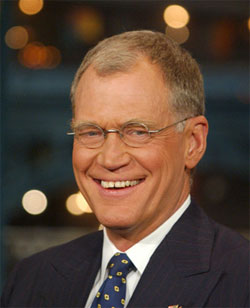 Translation: If you'd like the other boaters to respect and like you, then avoid the top-ten WORST moves a boater can make.

Respect the Environment! Pollution does not coincide with being a respectful boater; do not throw beer bottles or other debris in the water. Visit allstate.com for more ways you can be environmentally friendly on the boat

#9: If you don’t own the docks, keep your hands to yourself!

Don't unplug a boat's power-line at the docks. If you need to use one, either find another one, or ask politely if you can use it for a moment. You could do damage to the electrical wiring of their boat; not cool!

Hurry it up pal! Boaters understand being thorough and meticulous. Therefore, taking a long time docking is acceptable… unless that person is completing pointless errands or tasks that they could have performed prior to reaching the docks.

Don't assume that everyone enjoys listening to your music or a group conversation. When other boaters are nearby, keep the volume and offensive language to a moderate and decent level. Most of the earth consists of water, I’m sure there’s a secluded location if you must be loud on your adventure.

Keep your distance and do not anchor near a boat who was trolling for fish first. This is one of the most disrespectful acts on the water; if a good spot is taken… simply find another good spot!

#5: You’re Not George Clooney or anything….

Tournaments don't make anyone better than anyone else. Not all tournament anglers behave this way, but some use a tournament to excuse their outlandish conduct. Boaters who excuse rude behavior with the phrase "I'm in a tournament”, should know better.

Okay, boaters really can’t say that or we’d be rude too. Jet skiing, tubing, and water skiing are great recreational activities, and we get how they’re fun- but they don’t mix with fishing. Jet Skiing/Tubing/Water Skiing - Keep it to designated spots, but we realize we don't own the water. If you're passing fishers, simply be mindful of the wake- and you may change the way boaters think of jet skiers.

#3: Sobriety is Always a Safe Choice 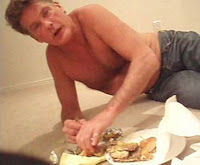 Be Responsible with the drinks when someone invites you aboard. Unless they specifically mention that they want you to be “David Hasslehoff-Drunk”, keep it to a two-four drink maximum.

#2: Be Aware of Your Surroundings

Give a polite smile and a wave as you pass other boaters, and be friendly at the docks, it will go a long way. Boaters have a common interest, so share that interest via small talk and a polite demeanor. Pay attention to families and small children; avoid smoking, swearing, or rude behavior in front of young kids.

And the #1 Worst Boating Offence Is…

…Leaving a Rough Wake Behind!

Your boat creates a wake as you move, it’s common knowledge, but controlling it is unfortunately not. Passing by inept or novice boaters, swimmers, or a wader requires caution because your wake could cause damage, injury, or worse. It’s like speeding in a car, don’t put others at risk to save yourself a few minutes.

PowerHouse
Power House Marina is a family owned and operated Marine Enterprise, providing personal attention and complete customer satisfaction to our clients all over the world for over 31 years. Our Founder, David Marcus is known for his expertise in High Performance Boats and Racing. He holds every type of certification Volvo has to offer.